You don’t roll out a new advertising campaign until after Labor Day. With the midterms coming up, the GOP is in need of a new one. They’re currently polling lower than Democrats, which is surprising if you have the same view of Democratic leadership as I do.

This could all change in two months, but for now, it’s nice to see them ineptly flailing about for once. 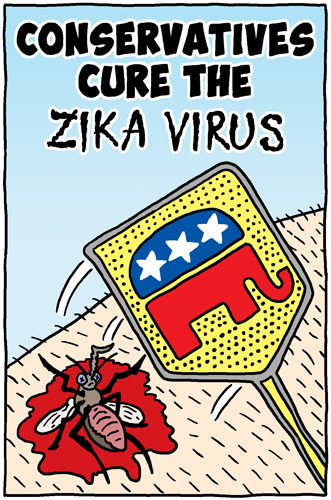 The Senate passed a not-great, but decent bill to address the threat of the Zika virus. The House version is garbage and uses the public health crisis mostly as a means to relax regulations on pesticides. By the time the House and Senate bills are reconciled, it will be too late to do anything meaningful, since mosquito season is already in full swing.