Some violent sedition happened while I was drawing this cartoon about the worsening pandemic. 2021’s going great!

I was all set to get ahead on so much this week, then a coup attempt happened. Unfortunately, pandemic cartoons look like they’ll be evergreen throughout the year.

I’ve done three comics about this pandemic in a little over a month. Please take care of yourself and others, and if you haven’t already, vote for Bernie Sanders. It’s not over and we need health care that works for EVERYONE. 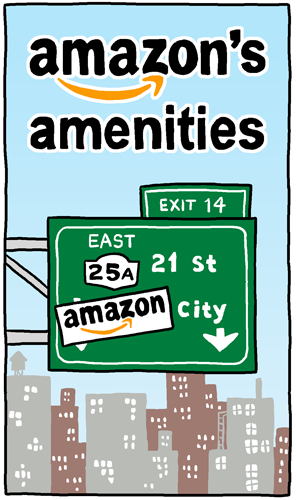 Amazon’s HQ2 dog and pony show is over and the winner was never in doubt. Congratulations to Jeff Bezos and his money vault.

I focused on the Long Island City part of Amazon’s reveal, and not Northern Virginia’s Crystal City because there’s like I’m a Northeast Coast Elitist, and New York City is the southernmost city where I know anything about its local politics. 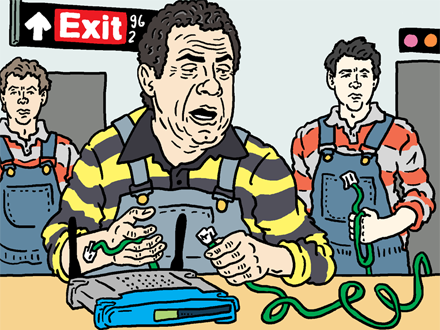 The failing inner-city of Trump’s New York is filled with dangerous gangs. While Trump’s is by far the worst, the squishy centrist Democrats are doing their best to hand Trump a second term.