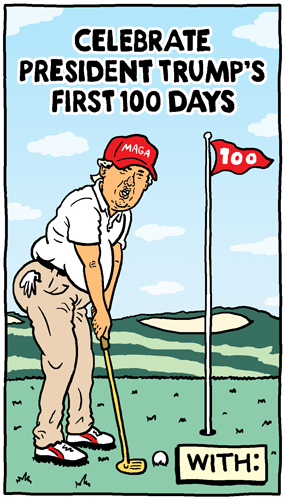 Patreon subscribers can see this and every cartoon days before the public. Their support helps keep things running around here.

The first 100 days milestone is largely arbitrary, but Trump made a big deal about it during the campaign. Now he’s downplaying since it’s been such a disaster. 100 days is pretty meaningless when you realize Neil Gorsuch will be on the Supreme Court for probably the next thirty or forty years.