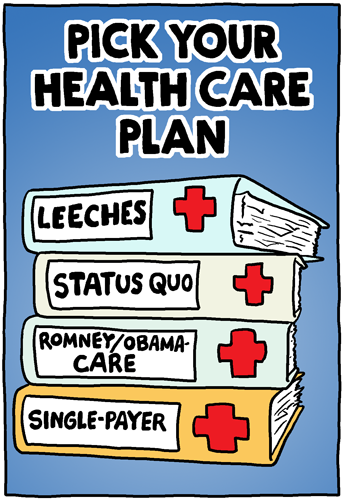 Become a Patreon subscriber so I can pay my health insurance premium.

While the American Health Care Act passed the House, and waits for the Senate to do something with it, the funding that keeps Obamacare running is being pulled to justify its repeal. Despite its clunkiness, the Affordable Care Act was a vast improvement over what we had before.

Romneycare, which became Obamacare nationwide, provided me with affordable health insurance that I previously didn’t have access to as a freelancer. But last year I fell into the trap of making just enough money to lose the subsidies, and now I’m paying over $300 a month so some insurance company CEO can rake in millions. And that’s in Massachusetts, where  enough insurance companies are in the markets to offer competitive pricing.

Maybe single-payer isn’t politically possible yet, but we’ll never get there if politicians keep shrugging their shoulders and ruling it out before even trying. Both Ryan Cooper and Emma Roller make a convincing case that the time for single-payer is now. 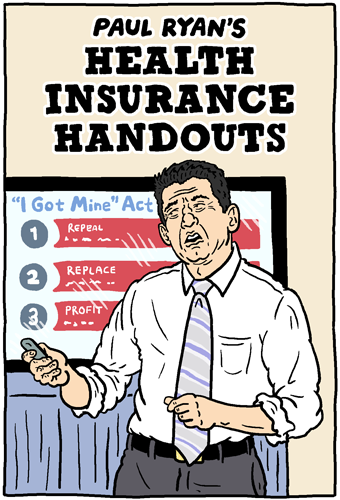 Paul Ryan finally presented the “replace” part of “Repeal and replace Obamacare,” and it’s pretty much a gift to the wealthy and insurance companies.

Support my comics and to see this one on Patreon. Supporters get access to my comics days before they’re posted elsewhere.

Read the comic at Alternet.