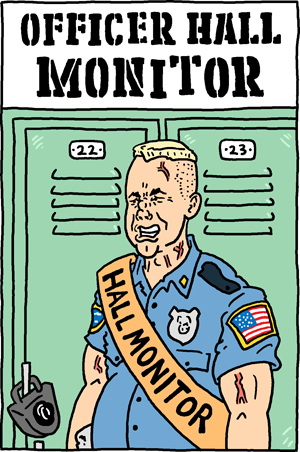 Footage of a school police officer (euphemistically called a “resource officer”) assaulting a student in a classroom went viral last week and sane people were appalled. If I learned anything from posting cartoons about police brutality, it’s that police emotions are more delicate and volatile than any hormone-addled teenager’s. Even the babies running for the Republican nomination can take a little constructive criticism before they take their debate ball and go home.