Elon’s only been in charge of Twitter for a week, and already speedrunning it into an unusable hate speech mess. I thought it be around long enough for a soft exit, but now I’ve got to cold turkey my way out of a bad habit I’ve had since my late twenties.

I got a lot of work over that decade and a half posting there and getting my stuff across editors’ eyeballs. But now that Elon is welcoming antisemites, bigots, and CHUDs in general, I doubt any editors worth accepting a gig from will be on there much longer.

Elon Musk has been trying to be the main character of Twitter for the better part of two months now. And just as I was locking in the final line art of this comic, an expose came out about how he harassed/assaulted a SpaceX employee, who signed an NDA for a severance of $250K. So if you’re wondering why there’s only slight mention of it, that’s why!

Facebook recently unveiled some “new” things, such as smart glasses and virtual conference rooms. Which makes sense, since anybody old enough to remember Google Glass and Second Life fondly is old enough to be Facebook’s target demo.

Each time I log onto that garbage to post a cartoon, it’s a user-interface nightmare, not to mention the awful posts that get promoted to the top of the feed before I can toss some likes on my Mom’s posts before I log out.

Facebook’s oversight board made some news this week for issuing a toothless decree about kicking a certain ex-president off their platform. A shame actual regulations don’t apply to them and they get to make up their own on the fly.

It’s garish design, algorithm, and users drove me away from Facebook. And if they do the same to currency, I’ll gladly go back to bartering for goods and services. 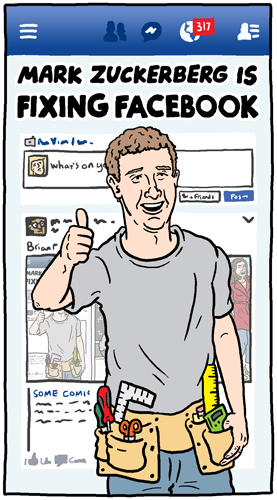 I haven’t deleted my Facebook account, only because it’s essentially my Mom’s AOL portal. But it’s not on my phone or any devices, and I certainly don’t leave it open in a tab. That’s how you catch the stupids. 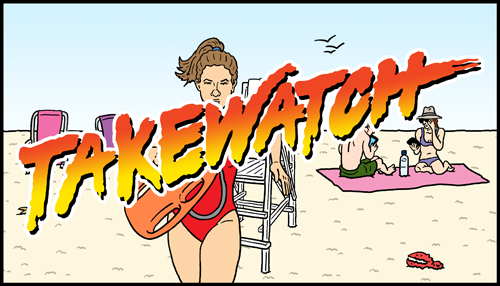 The Nib’s been publishing excellent comics for years, and now they’ve expanded into an animated series. I wrote and contributed to several segments in various episodes, and this week’s episode features a segment that I wrote and drew. Watch ’em all and share so they get a second season!

And thanks to the magic of social media, you can also watch the episode right here:

No place, not even a day at the beach, is safe from the almighty hot take. pic.twitter.com/CTQ7zMZT5E 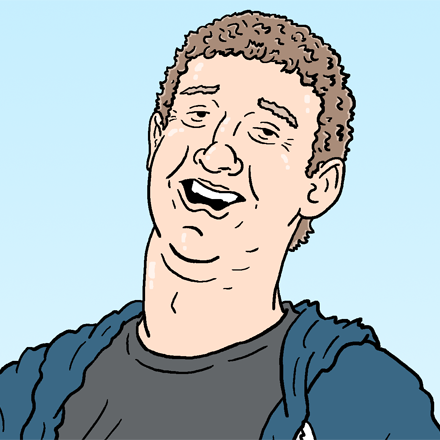 This is the monthly exclusive cartoon for $5+ patrons. Become one and see this comic today!

Mark Zuckerberg is touring Iowa like an alien visiting another planet, or more likely, a future presidential candidate.

I think billionaires should be taxed out of existence, but at the very least, they should be banned from political life.