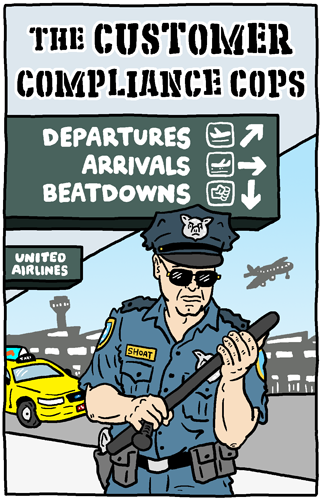 We heard all about United Airlines roughing up a passenger who refused to “volunteer” the seat he paid for, but the goons who did it were security and Chicago Police.

The line between privatized security and police forces is becoming increasingly thin, and corporations are now putting arbitration clauses in their contracts and user agreements to get around the justice system.