Republican states are wilding out with anti-abortion, anti-gay, anti-trans, and anti-everyone-who-isn’t-them bills. With a Supreme Court ready to rubber stamp them, the only legislative way to stop them is for the Democratically controlled federal government to pass a law.

That’s not going to happen, so it’s up to those of us not targeted by these garbage laws to protest them and offer aid and support to their victims.

A year later and the pandemic’s still raging and cops are murdering with impunity. Maybe “Just Vote” wasn’t such a viable alternative to everyone who poo-pooed the calls to defund the police as too extreme.

The cops have been helpfully illustrating how irredeemable they are these past few weeks. Defund their departments and start from scratch. Raise taxes on the wealthy, too, and we might just have the beginnings of a functioning society.

Massive protests are rightfully erupting across the country over police brutality, and of course Trump’s scared. Cops are like half of his base.

Democrats aren’t exempt either. They take donations from pigs, their unions, and get cowed by threats like DeBlasio displayed this week. 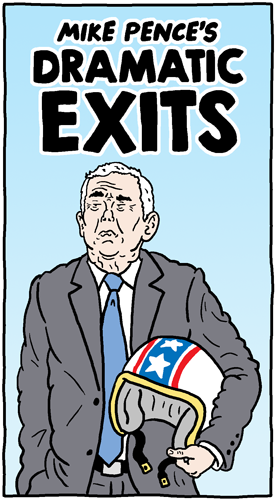 Mike Pence did a little performance art at a football game on Sunday. Then a bunch of other news happened.

I’m still trying to do a comic about Puerto Rico, but jokes are my wheelhouse and there’s nothing funny about the ongoing disaster in our colony. 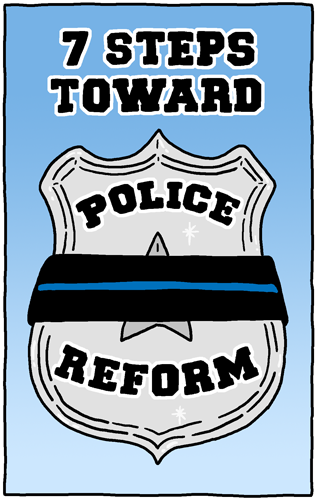 Last week, the murders of Alton Sterling and Philando Castile gripped the nation and began another round of protests against police brutality. Then the brutal attack on Dallas police officers happened and everyone flipped out. I’m going to go out on a limb and say every murder is bad and deserves outrage. The tragedy of systemic, institutionalized, and rarely-prosecuted murders is that the sheer frequency of them makes us numb, and don’t make headlines unless a gruesome video goes viral on social media.

Read the comic in the Nib’s newsletter, and get updates when the site relaunches later this week. 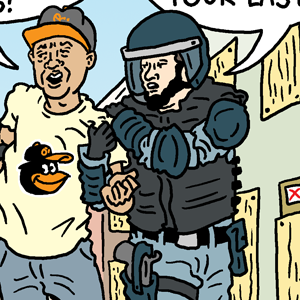