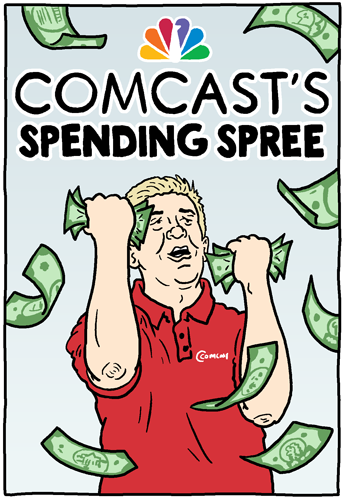 While the world’s justifiably preoccupied, the largest media, tech and telecom companies are merging into giant monopolies that make Robocop’s OmniCorp look like a mom and pop operation.

It was hard to come up with a comic this week. Details of ICE’s reign of terror are what I’m most outraged about, but I’ve done several ICE cartoons recently and had nothing to say besides, “Abolish ICE. Then prosecute its agents at the Hague.”