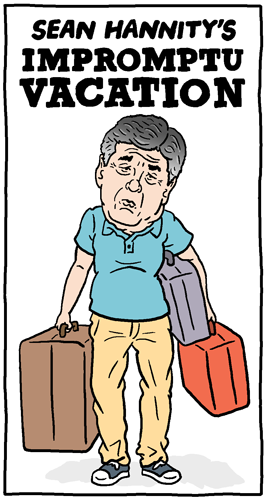 This is an exclusive comic for Patreon supporters who pledge $5 or more a month. Subscribe now!

Advertisers started bailing on Sean Hannity’s show after he started peddling some baseless conspiracy theories about a DNC staffer who died. Hannity claims he’ll be returning to pollute the airwaves, so it’s not quite as wonderful as Bill O’Reilly’s banishment from Fox News.

Read the comic only on Patreon.