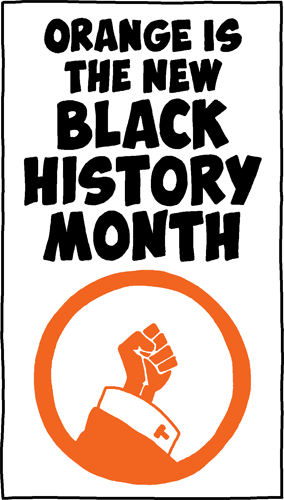 Despite his cluelessness about Frederick Douglass, the White House’s current orange occupant has his own rich history with African-Americans. It’s all bad. Housing discrimination, racist ad campaigns, and his KKK-adjacent father are just the tip of a very racist iceberg.

The bloated underbelly of that iceberg belongs to Steve Bannon. Who writes the orders Trump signs without reading.