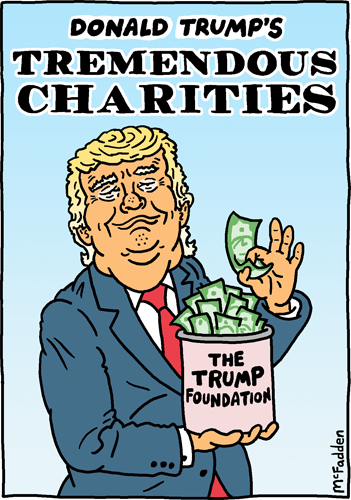 Trump would clean out the “take a penny, leave a penny” tray before donating his actual money to charity. His charitable shenanigans have been well documented in a series of stories by David Farenthold. There’s also the grifting of campaign funds to pay companies owned by himself and his family.

If he ends up winning, it’ll be a long-con gone wrong.