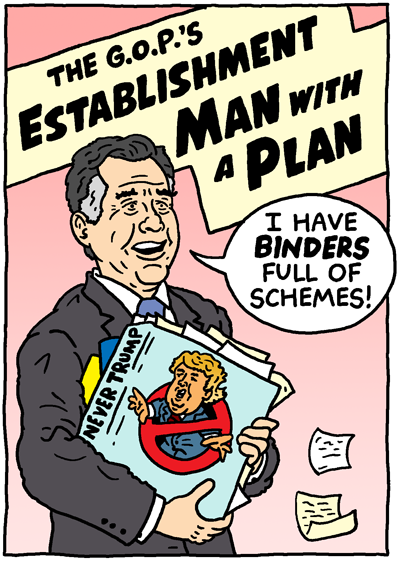 Willard “Mitt” Romney is back in the news, and I’ll never pass up an opportunity to needle this man. As a freelancer, I didn’t have health insurance until he created RomneyCare. He then spent the next decade campaigning on the promise to take it away. There’s nothing more “phony” or “fraudulent” than that.

Any talk of a contested or brokered Republican convention is pure fan fiction for those establishment Republicans still in denial about the Trump candidacy; a candidacy they’ve sown for decades going back to Nixon’s Southern Strategy.