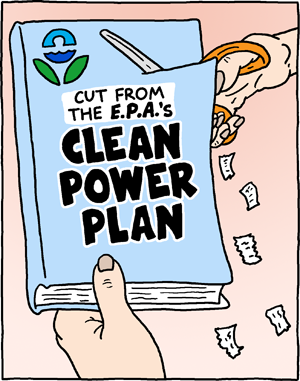 Last week President Obama and the E.P.A. revealed the final rules of their Clean Power Plan that finally attempts to set limits on our suicidal consumption of carbon and other greenhouse gases. They mostly require individual states to reach emission reduction targets by 2030.

These rules will be challenged for years by people who have the luxury to either buy themselves out of harm’s way or die before the disasters really start piling up. But if you or people you love will be alive at the end of this century, there’s no excuse for delaying actions that could prevent the disaster that awaits them.